Toffee Doesn't Get The Joke 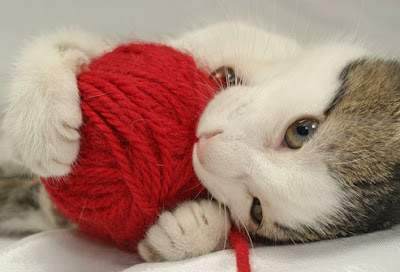 THIS evening the old man said to me: ‘Did you hear about the cat who swallowed a ball of wool, Toffee?’

I was worried. I hoped that poor cat was OK. Swallowing a small piece of wool could be dangerous, but a whole ball? I feared for her. The old man didn’t looked worried at all. In fact he was laughing.

‘She had mittens!’ he said.

‘Your jokes are pathetic,’ said the old woman.

Joke? No joke to the poor cat who swallowed the wool. I’m glad there was a positive outcome, what with the wool turning into mittens and all. But it could all have ended tragically.

So, old man, I think that laughter was completely inappropriate, don’t you?