U is for Understanding 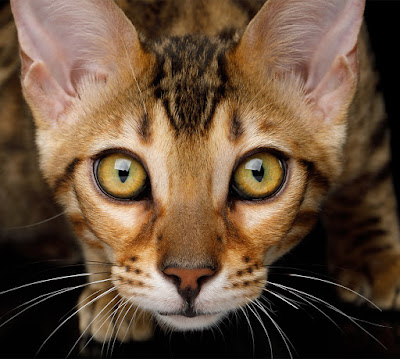 When she fell back asleep I sat on her chest again and resumed my staring. This happened five or six times until the alarm went off.

‘I’ve hardly slept a wink,’ she told the old man in the morning. ‘That cat’s been creeping me out.’


‘The staring?’ he asked. She nodded.

‘I know,’ he replied. ‘Sometimes She’s like a character out of Nightmare On Elm Street.’

Nightmare On Elm Street? I don't remember seeing a stunning babe of a ginger cat in that. I thought I was more like the cat in the old Disney film The Three Lives of Thomasina, based on the Paul Gallico book Thomasina: The Cat Who Thought She Was God.

Oh, that's a good idea for a film. Toffee: The Cat Who WAS a God.