D is for DIY 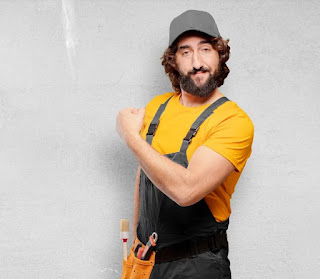 The old woman is away until tomorrow helping her niece with a baby-related problem. Don’t know why they don’t trade Little Person in for a cat. It’s very ugly and very grabby, not nearly as attractive as a certain charming ginger girl I could mention. Just saying.

While she’s away the old man is attempting some DIY, putting up new shelves in the utility room. He has a big box of tools and is wearing a tool belt. I sit and watch him from the laundry basket. ‘Here’s some good advice for you, Toffee,’ he says. ‘Measure twice and cut once.’

Or, as it turned out, measure twice, cut several times, swear a lot.

He’s usually good at this kind of thing but the six-pack of beer he consumed may have clouded his judgement a smidgeon.

He spent the evening watching the tellybox, eating a takeaway, belching, farting and scratching himself.

In the meantime, the fridge has been declared an official biohazard.

I’ll be glad when the old woman gets home and civilisation returns.